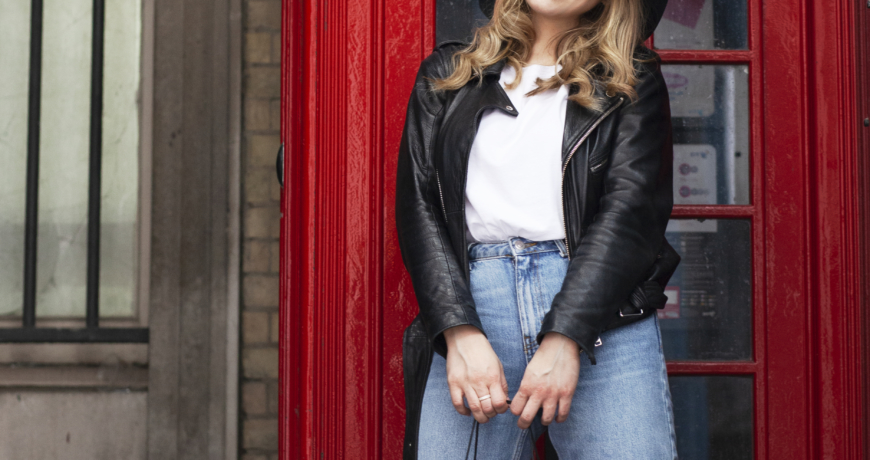 In just a few months Hanna was completely booked up and had established a comfortable regular income.

Hanna had already tasted success and was hungry to achieve more, so the next step of her journey would see her travel to England’s bustling capital, London.

The first step was renting a room in a budget hairdresser’s salon in the East of London. The first few months she worked almost for free in order to get customers through the door, offering ridiculously low priced special offers and selling her treatments through deal websites like Groupon. It was barely enough to cover the bills, but Hanna knew that this would only be temporary.

Within a few months, Hanna was ready to fulfil her dream of working in Central London, moving again to the more luxurious borough of Knightsbridge. Hanna knew that she would lose a portion of her customer base, but confident in her ability and not afraid of starting from scratch, she soon saw an increase in new, higher paying clientele.

Whilst working in the Knightsbridge salon, Hanna gained her qualification in ‘Russian Volume’, which was hugely popular. Hanna loved taking photos of her volume sets, and began posting them on her social media. In almost no time at all, other lash technicians began to approach her asking if she would teach them ‘Russian Volume’ and so Hanna started to research becoming a trainer. Hanna applied to already recognised beauty training academy but was rejected by all of the training providers at the time, who told her they were not in need of any additional trainers.

This was extremely upsetting, but it was not going to stop her. Deciding that the only other choice was to create her own courses, within 3 months she had completed a teacher- training course, written her own training manuals and had her training courses accredited with the Beauty Guild.

Hanna wanted to give her students a variety of products in her training kits to make sure they had everything they would need to begin their career as an eyelash technician. Buying lots of products for a single kit from big lash brands full price was too expensive and after a lot of careful consideration, Hanna took a risk of borrowing over £8,000 to invest in sourcing eyelash products and tools. She tested the equipment and finding the quality to be to her liking, used them to build her kits. The rest, as they say, is history!

Training students in the UK and overseas, Judging competitions all around the world, speaking at international lash conferences, and active engagement with other lash technicians had a massive impact to the growth and notoriety of London Lash – over the three years since Hanna launched London Lash, stock has moved into bigger warehouses 4 times, and the team has grown from one person to more than 30 members!

With business growing so quickly, Hanna decided to concentrate more on a managerial role, so stepped back from providing trainings herself, judging competitions and speaking at conferences, to providing occasional VIP trainings and a small number of lash events per year.

“You can’t run successful bakery and be a baker at the same time. In order to run a successful business you need to concentrate on managing the business, instead of working in the business. Otherwise you are not a business owner, you are just an employee of your business” – Hanna Putjato

Over the past few years London Lash became one of the industry leaders.
With this constant growth, London Lash has welcomed distributors in ten European countries. In the coming months, Hanna and her team plan to expand this further throughout Europe, Asia, and the USA.

Hanna Putjato grew up in Minsk, Belarus. The beauty entrepreneur started her journey rather boringly, studying Banking at the College of Finance and Economics in her home country.

Like many Europeans, Hanna decided to come to the UK for more opportunity. With no English skills whatsoever, Hanna started working as a packer for minimum wage at a bandage factory in a small town in the North West of England called Bolton.

After a lonely start to life in England, Hanna made the decision to learn the language as quickly as possible. Starting a new job in a nearby restaurant and also enrolling on a beauty therapy course at Bolton college, Hanna grasped the opportunity to develop her language skills.

During the beauty therapy course, Hanna participated in the ‘eyelash extensions application’ module, for which she discovered she had a passion. Embracing this new love for eyelash extensions, Hanna decided to apply for her first job in the beauty industry, working as an eyelash technician. Struggling to apply 10 lashes an hour never mind a full set in two hours, Hanna received many complaints.

But within just two months of working in the salon, Hanna had her first returning customer, then another and soon became the most booked up beautician in the salon! Hanna had made the decision that she wanted to work for herself. Renting a room in a local beauty salon in Bolton, she started to actively promote her own eyelash extensions business.

But that was just the beginning of a big journey! Hanna became busy with training courses, as well as maintaining her busy schedule as a lash technician. Using her products in the salon and giving them to students in her kits.

During this time Hanna also started to sell them on Ebay, she was putting in a full day of lash appointments, after which she would return home to pack orders received on eBay that day, then at 8am Hanna was in the Post Office queue to send the parcels out. When she had finished packing the day’s orders, she started to build the first London Lash website – then called Lady Lash. It was a difficult and challenging time and she certainly needed some help! Wanting to step away from lash extension treatments in order to concentrate more on providing trainings and selling products, Hanna moved to a bigger salon in Victoria, Central London and

hired her first member of staff. After a few months, she had four lash technicians to work for her, and began to concentrate solely on training and retail.

In the following months, Hanna saw a dramatic improvement in her brand – She soon branded the products with Lady Lash, (which was soon rebranded to London Lash Professional) and Hanna’s growing popularity alongside that of her brand, meant she was invited to judge eyelash competition and speak at the professional lash conferences all over the world.